When architect Nicolas Michelin won the competition for a landscaped ensemble of walkways and footbridge to span the A86 motorway in Rueil, he called in HDA to develop the structural design.

The key concept was discretion and landscape, so the structure was developed as a modular garden trellis in wood and metal. The density and orientation of the structural framework varies with each spanning section, as a function of the internal force distributions generated by their different geometric configurations. A pillar was introduced on the central reservation, cutting the initial 42m span down to 2 shorter lengths, in order to achieve improved visual lightness, economic benefits and structural harmonization.

HDA carried out the engineering design and drawing production of the metal structure and site supervision, including approval of the contractor’s drawings. 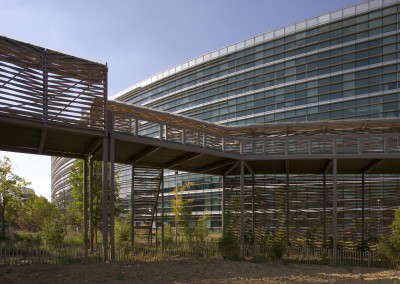 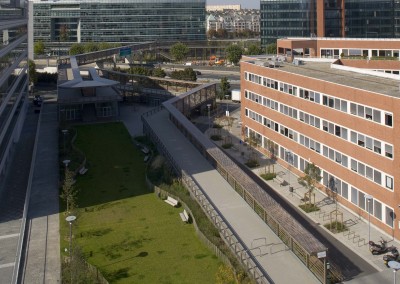 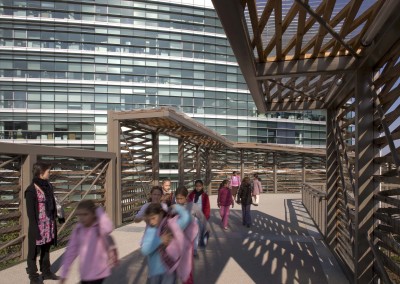 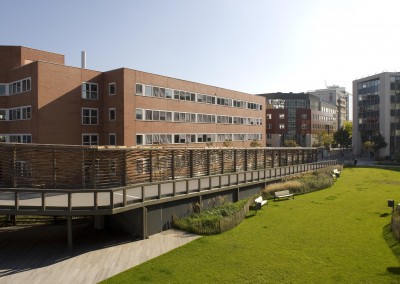 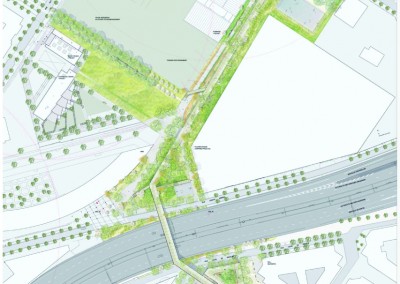