Architect Odile Decq appointed HDA as specialist façade designers for the curved glass screen wall of her new restaurant in the East Portico of the Opera Garnier. The Palais Garnier, created in the latter part of the 19th century at the peak of the Beaux Arts School of Design, is a classic icon in the heart of Paris, and as such has become an untouchable monument. It was forbidden, therefore, to support the new facade from the existing stonework in any way.

Decq’s design, a bold modern statement but one that remains in total respect of the massive stone monument, was for an 8.5m high rippled glass wall which provides weather protection for the restaurant yet, by its transparency, has minimal visual impact on the building.

HDA’s design approach exploits the inherent geometric stability of these curved surfaces, eliminating visible metallic supports in order to increase the transparency of the facade. A single-glazed laminate in low-iron glass was proposed and accepted, in view of its relative invisibility and despite its poor thermal performance. The stainless-steel band at 6m height,imposed by dimensional constraints in the fabrication of the curved panels, serves as a continuous anchorage to the cantilevered upper glass curve. The external stability and internal stress distributions of the glass screen were verified by exhaustive finite-element analysis. The calculation model was also used to develop the details for the glass-to-glass connections and the entrance doors. 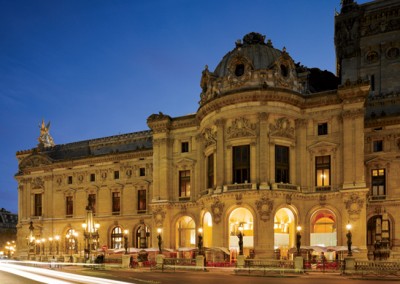 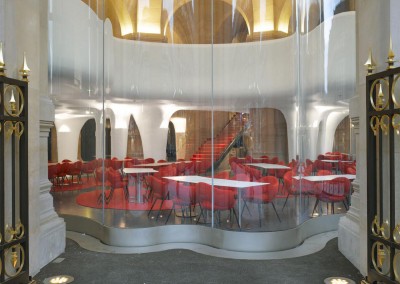 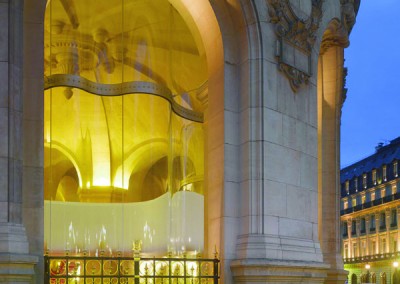 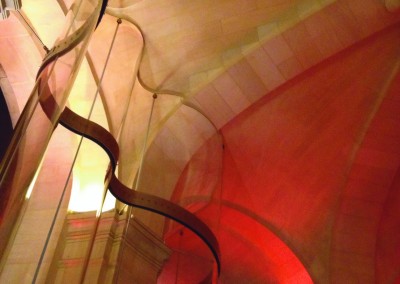 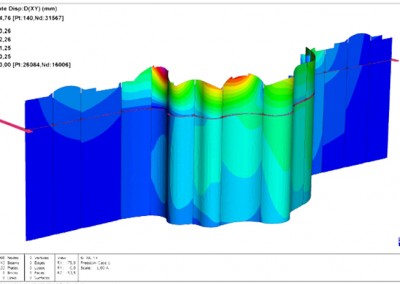 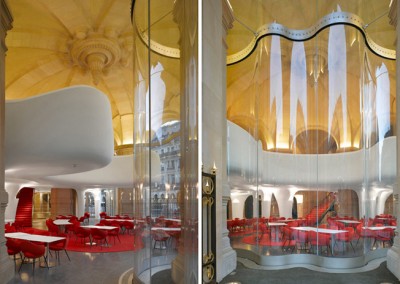